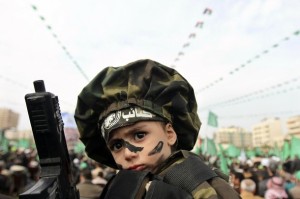 Hamas is, to put it mildly, going through a rough patch. It acceded to a National Unity Government agreement in which none of its key demands were met; it is in the process of relinquishing control of the Gaza Strip, which it had ruled since 2007, to its Palestinian rival, Fatah; it lost key support from benefactors, first in Tehran and then in Cairo; and it suffered hundreds of casualties, the destruction of dozens of tunnels, and elimination through use or destruction of some two-thirds of its rocket arsenal during the 50-day war with Israel in July and August. Hamas spent three to five years digging these attack tunnels into Israel, at the cost of tens of millions of dollars, and has nothing to show for its effort — ingenious though it was. Even as donors pledge billions of dollars for Gaza reconstruction, a large portion of the money is actually intended for Palestinian Authority (PA) budgetary support and even actual reconstruction funds are to be provided only through the PA, not Hamas.

As it now struggles to regain its footing, Hamas has presented different public faces to various audiences. Khaled Mashal, Hamas’s leader, conveyed a relatively moderate and reasonable message when he granted an interview to Charlie Rose of PBS in August, for example. But the propaganda Hamas prepares for local consumption, in Arabic, is very different indeed.

As The Washington Post recently reported, Hamas’s radio station in Gaza “reports on the sunny side of [the] Islamist movement’s rule.” But that’s not the half of it. Arabic language output from the group tends to be far more violent and uncompromising than the public face Mashal put forward for PBS. Videos known as nasheeds are a popular medium for spreading propaganda. A typical nasheed shows members of Hamas’s Qassam Brigades training and supposedly battling Israelis, as rousing music plays. In the six months leading up to the summer conflict, the lyrics of Hamas’s nasheeds urged violent confrontation against Jews and “sons of Zion,” in defense of Arabs’ land and honor. One such soundtrack urges watchers to “strike the Jews,” while others promise endless battle and refusal to compromise. Messages of blood and violence are reiterated in nearly every video, paired with religious obligations to fight in the name of jihad. “We swear to attack you with the Army of Mohammad, wait for us sons of Zion,” threatens one. “In one hand we carry our Qur’an and in another we carry our rifle,” boasts another.

END_OF_DOCUMENT_TOKEN_TO_BE_REPLACED

With U.N. Peace Envoy to Syria, Lakhdar Brahimi. I told him that Syrians are being massacred while leaders of the free world are hiding behind political negotiations. He said “Oula I love Syria very much and I’m optimistic”. I teared up…

I believe that one on one activism is very important. Let politicians hear our voices.. Let’s do the best we can together to save what is left of our country. Free Syria and Down with Dictatorship!