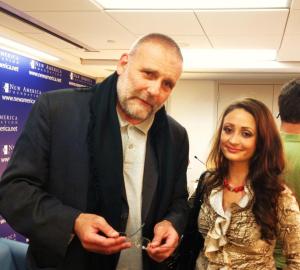 One month ago, the Syrian government expelled Italian Jesuit priest  Paolo Dall’Oglio from the country he lived in for the past 30 years. His crime? Supporting the Syrian government’s opposition forces and speaking out against the violence of Bashar al-Assad’s regime. Seven months ago, Hadeel Kouki, a student studying law and English literature at Aleppo University, fled Syria after several stints in jail. Her crime? Protesting against Assad’s dictatorship.

My question to the panelists:

More about the event at:  New America Foundation