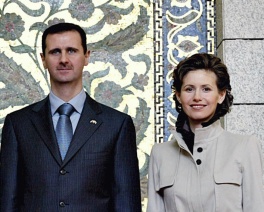 Last decade, Assad’s regime fooled Washington into believing that he would bring about reform. He did not. The lack of institutional and economic reforms led to the uprising and civil war in Syria. It is a shame then that Assad is fooling Washington a second time, now arguing he is the lesser of two evils compared to ISIS, an argument that has influenced Secretary of State John Kerry, who is now calling for negotiations. Assad’s regime is just as bad as ISIS. If Washington falls for Assad’s manipulation and deceptions again, what will be the result? The stakes are greater now than in the last decade and the security situation more tenuous, so why would anyone put trust in a regime that has not only failed its own people, but also blatantly conned Western leaders not once, but twice?
Assad’s “reforms” were nothing more than a thin cover for further corruption. There was never a real intention to improve economic or living conditions. Not only was the international community fooled, but many Syrians bought into the lies. It did not take long for the “ophthalmologist” to be proven short-sighted as protesters took to the streets in Damascus in February 2011 chanting “Syrian people will not be humiliated!” Forty percent of Syria’s population was living under the poverty line and more than twenty-five percent of young men were unemployed. Consequently, many Syrians were immigrating to neighboring countries looking for work and a better life.
According to United Nations Development Programme (UNDP), between 2003-2004, two million Syrians could not obtain basic needs. Fifty-six percent of Syria’s rural population depend on agriculture for survival, and in 2004, more than seventy-seven percent of them were landless. Today, the situation is substantially worse despite Assad’s June 2014 referendum campaign dubbed“Sawa” to “improve” Syria’s economy. In fact, the overall poverty rate has now reached eighty percent.